Hey folks, Harry here... I can't wait to see Oliver Stone's ALEXANDER flick... The production design is great, but I just can't wait to see the native american visions that Alexander had that drove him to conquer the known world! And will there be animated sections? I hope so! Here ya go...

Just call me The Fly. Surfing through the internet I found these posted stills from a French magazine article concerning Oliver Stone's upcoming Alexander The Great project which from all accounts should be an amazing film, a turn from Stone's usual but brilliant ventures into the 60's, now he's taking on history from antiquity. The stills feature the Hanging Gardens set from when Alexander enters Babylon and one particularly funny shot of Colin Farrell (who plays The Great) chilling on a large Babylonian bed, reading his script, I'm assuming, while also taking advantage for a smoke. I found the shots at This Place which is a countdown site for the film. The site has more stills including some of Angelina Jolie as Alexander's loco mommy, Olympias. Well, I don't know if you'll post this, but enjoy! 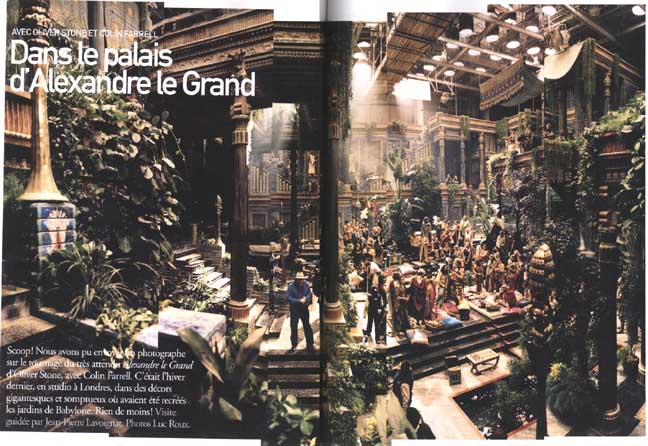 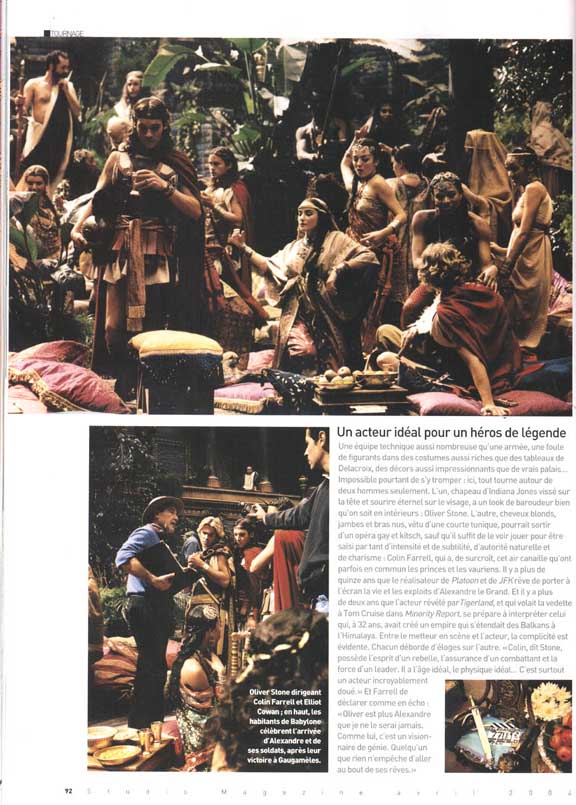 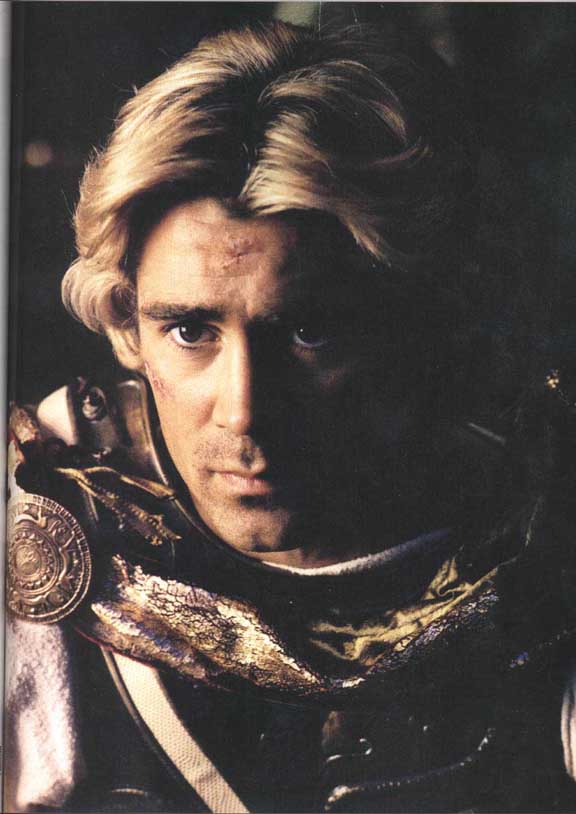 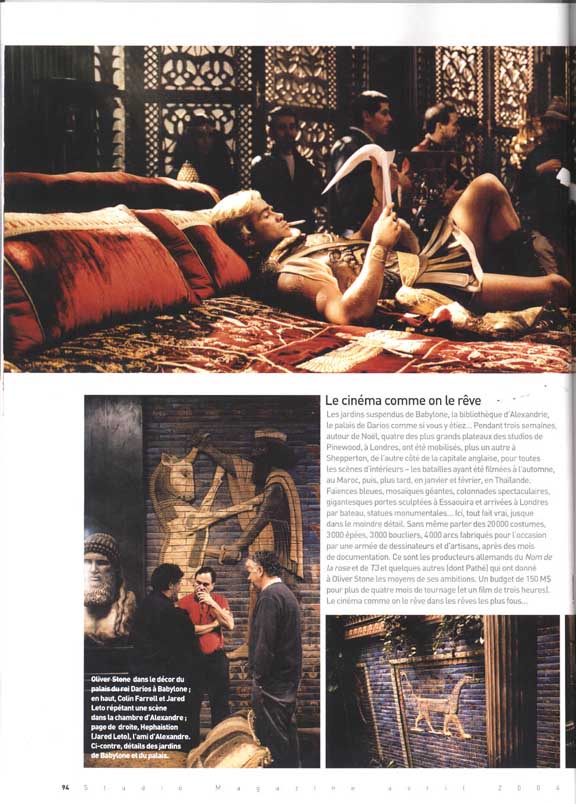 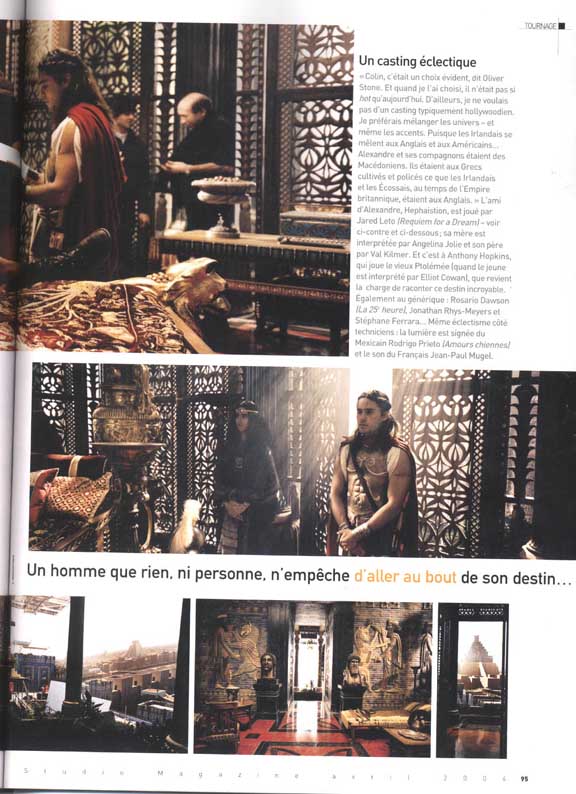 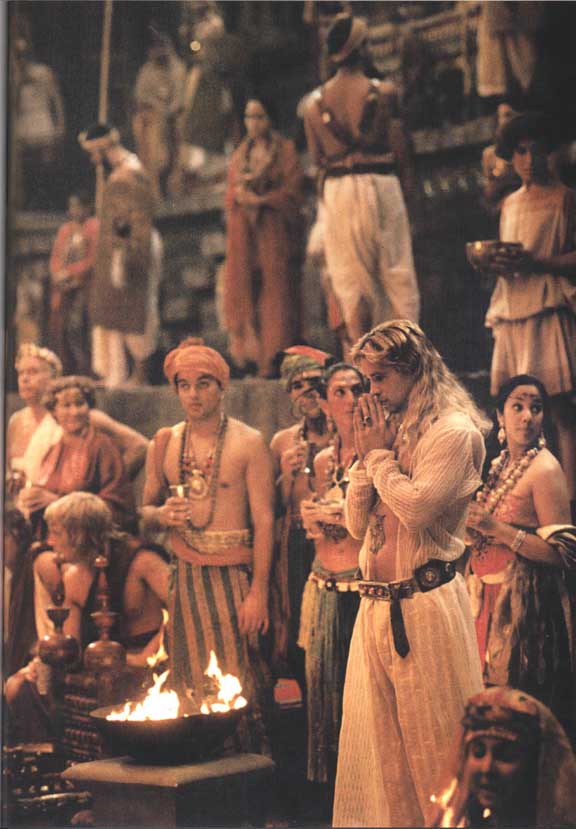