Hey folks, Harry here... just figured I'd share a bit of the Japanese take on KILL BILL VOL 1, though I'd love to hear from someone that has seen the American cut and the Japanese Cut and could detail the differences, as I'm very curious to hear how they differ. I know, I can't wait to get the Japanese DVD when it hits. Heh. Here ya go...

Chiba Hakujin here with a report on the opening of KILL BILL in Tokyo. Since almost half the movie takes place in Japan I thought y'all might be interested in a report on how the KILL BILL and QT fever that has been hitting Japan these past 2 weeks finally broke yesterday with the nationwide opening.

Like I said, for about the last 2 weeks KILL BILL has been everywhere in Japan: on talk shows, variety shows, and in newspapers as well as a seemingly endless stream of TV commercials. Tarantino (or 'Taran-chan' as one young 'bad-boy' wannabe variety host took to calling him) did a press junket over here for about 2 days I guess, but the TV shows here milked QT for all he was worth as he was on 2 variety shows a week apart wearing the same haggard t-shirt and shorts. The best QT appearance was when he had to judge a Japanese talent show and did an excellent spit-take as this chubby dancer came out in black leather and sequins.

Also Ms. GoGo Yubari, Chiaki Kuriyama, did an interview on a popular talk show as well. The 3 hosts (2 Japanese ladies and 1 annoyingly fey white dude) talked about such interesting topics as her shoe collection and how she spoke no English. They had a brief taped message from QT (ever present) to Chiaki at the end where he said she was great in the movie and he cannot wait to work with her again. Will we see more GoGo in the future or was this just lip service?

Now for the film. After the media saturation surrounding KILL BILL these last 2 weeks I was foaming at the mouth in anticipation. Luckily the Tokyo Motor show was in its last weekend across the street form my favorite theater so I didn't have to worry about not getting a seat. The afternoon matinee had a half full theater and everyone in there was under 30 years-old. I sat with a young couple on my left and 2 high school girls (still in uniform even on damn Saturday) to my right. Three new trailers for LOTR:ROTT, Matrix Revolutions, and The Last Samurai. All excellent. All making me even more hyped for the carnage about to be unleashed.

Now, I am not sure exactly what QT meant, but he did say the opening would be a bit different in Japan than the states. So I am not sure about y'all, but the version of KILL BILL I saw was shown in spectacular 'SHAW SCOPE' as the Shaw Brothers Studios logo was blasted onto the screen. Then a trippy 'our feature presentation' scrolled onto the screen, Then black. Then heavy, desperate breathing. Then a blood soaked Uma in black and white. Then, well, you know.

I would say the reaction in the theater was split. Most of the audience left before the credits ended, which is unusual as Japanese audiences tend to sit until the house lights come up--especially if they liked the film. The high school girls next to me liked it a lot and did let out little screams every now and then as a limb was chopped off. I also overheard one saying the accent was funny, but I didn't catch whose accent she was referring to. Personally I thought both Uma and Lucy did an OK job, and the chick who played Sophie must really be fluent in Japanese in real life because her accent was flawless. But the couple next to me called that it was 'bimyo' (which is roughly translated as 'eh, not great') and the guy wanted to know why everyone spurted out blood like a fountain. I wanted to scream in his face,'Because it is COOL, you ass,' but restrained myself.

Personally, I give it 2 thumbs up and will see it again on Tuesday with my girlfriend, and she can hopefully translate some of the Japanese I didn't catch (No English subtitles here in Japan, right. Kuso!).

Below are some pics of a few free goodies available at the theater. The first is a post card of O-Ren (my theater only had O-Ren cards, sadly no Go-Go) and the 2nd is an info pamphlet with The Bride on the front. Sorry they aren't such great pics. 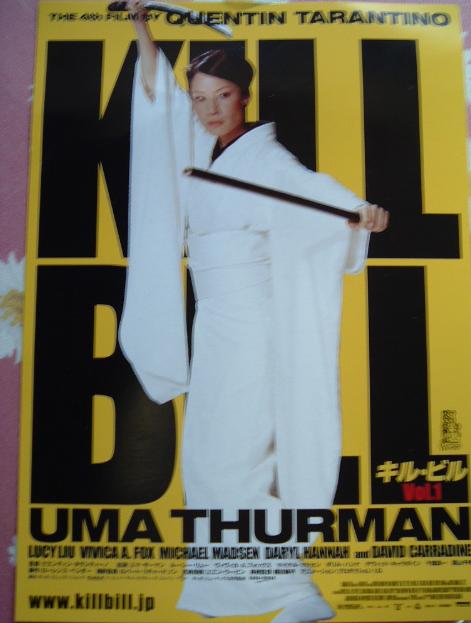 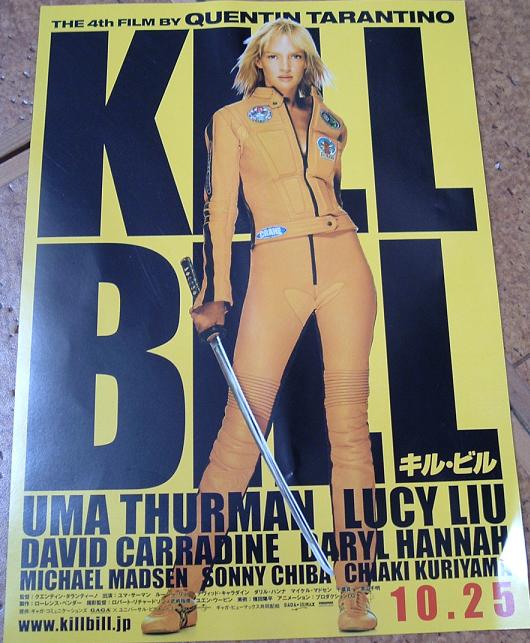 Hey folks, Harry here again... just got this in from White Guy in Kobe -- includes the first look at any artwork for VOL 2 that I've seen thus far...

Hi! After reading over your first posted Kill Bill Japan review I am still in confusion about the differences in the two versions. I am in Japan and haven't seen the US version and probably won't until DVD time. There has been a bit of talk about BW, and this version had only BW in the very first scene. "House of Blue Leaves" was entirely color and extremely long.

One obvious difference was the missing English subtitles, which didn't bother me so much because I had read the early draft of the script and pretty much knew what they were talking about.

One striking thing about watching with a Japanese audiences is that they are extremely reserved during movies. It's probably like seeing a movie with a group critics. It's just dead. I am sure they were annoyed with my outbursts of laugher every time a shower of blood erupted forth from a severed limb.

Personally, I didn't like the "I want to remind everyone there is a second movie" ending, but I am sure one day there will be a director's cut with the two Volumes fused together and it will be gone. Despite that, the movie was fun, yet serious, and all the crap about it being too violent is a crock of ****! The blood is so overdone that it's comical. I laugh every time I see the US trailer where everything is stained with motor oil. Anyhow, it is by far the best work I have seen in quite a while, and unlike everyone back in the states I don't get to see ROTK until Friggin Feb! So it is the only good film I get too see this holiday season.

Besides the reserved seating and allowing patrons to bring large quantities of food into the theater, they sell nice little booklets in the theaters in Japan. They are the Japanese version of a Broadway program. Only they are bigger and better and if you preorder your ticket early enough the theaters sometimes give you a funky limited edition ticket and some little knick-knack. Check out the photos bellow. I already am the proud owner of two KillBill2 tickets. See images below! 1st is Cover of pamphlet - 2nd - ticket - 3rd promo bride figure 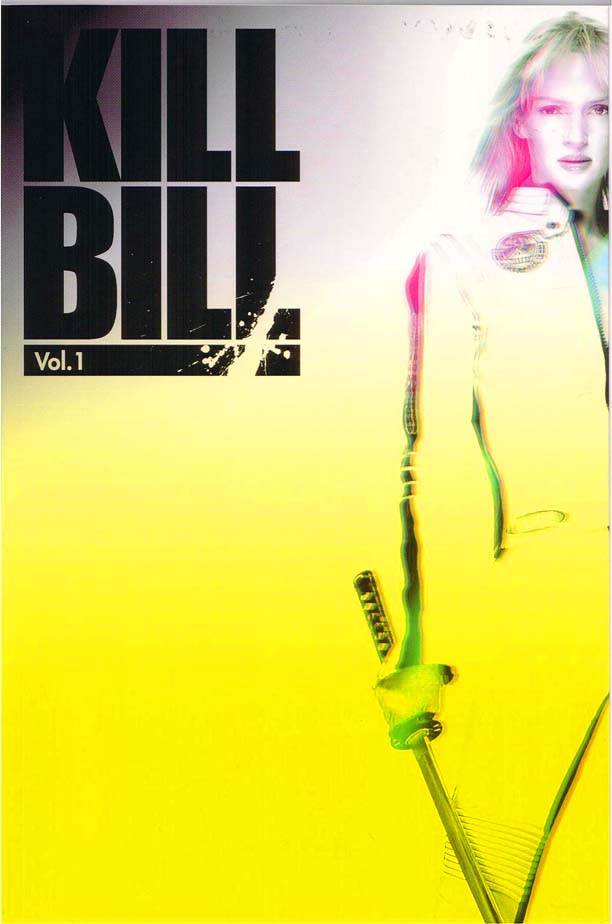 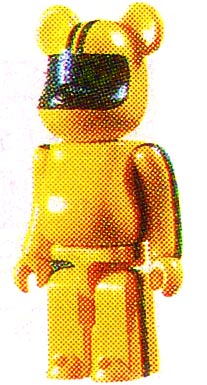