Hey folks, Harry here... GuyFromOhio sent this in, and folks... this looks like the most ridiculously awful lame-ass attempt at a CatWoman costume in history. Like something out of some bargain basement member ribber magazine. Look at that? Are they serious? For real? Look at that. Look how terrible those cat ears look on this thing... The ludicrous straps and crap. I was actually kinda looking forward to this, because I love Pitof's VIDOCQ, but this "Publicity" shot shows a complet 180, from the brilliant design work from VIDOCQ or his earlier collaborations with Caro & Jeunet. Meanwhile, if you go over to SuperHeroHype.Com you'll find out that Captain America is finally out of legal woes, and that there's some pretty rotten ideas about The Human Torch's costume going around. Sigh....

I don't know if this would constitute anything cool, but I'll try anyway. It's the first pic of Halle as Catwoman. Personally I think it's horrible. Seriously....ripped leather pants and belt thingies strapped to her? I found this at www.superherohype.com 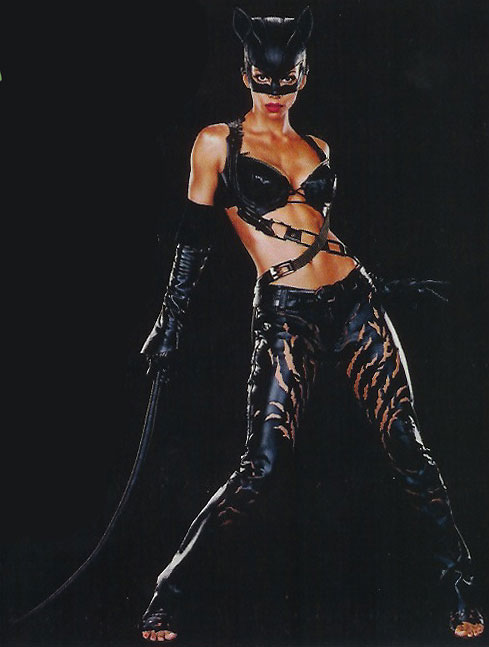