Harry here... This and BATTLE ROYALE 2 are the two foreign films this year I have with the highest degree of hope. I want to see ZATOICHI so bad. I mean, this thing could just be so unbelievably brilliant as to shake each and every hair from your legs till they gather at your ankles. I mean, Kitano is a god of cool... for me, this project being announced was like, when I heard that Eastwood was making UNFORGIVEN... one of those perfect, yes please, sort of things. Also with Tadanobu Asano in too... heh... CAN NOT WAIT! 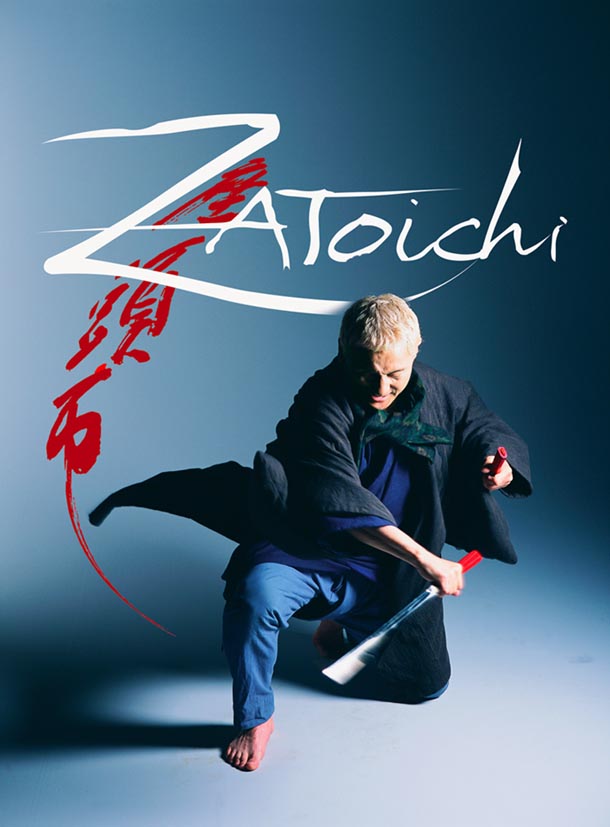 Blind Zatoichi makes his living by gambling and giving massages. But behind his humble facade, Zatoichi is a master swordsman, gifted with lightning-fast draw and strokes of breathtaking precision. Zatoichi wanders into a town run by sinister gangs and a powerful samurai. He's destined for violent showdowns when he stumbles on two beautiful geishas avenging their parents' murder... Duels, wit and a touch of zen! Cult anti-hero Zatoichi is back in a sword-fighting adventure written, directed and starring Takeshi Kitano.