The Search is on for screenwriters to crack THE MOON IS A HARSH MISTRESS... yup Heinlein Again! 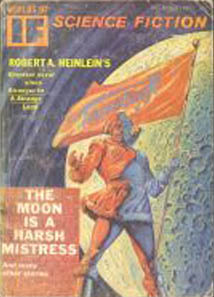 Harry here... Robert Heinlein is a genius and my favorite two novels of his have yet to be adapted (or butchered) into the loving embrace of a cinema near you or me. STRANGER IN A STRANGE LAND was once being adapted for Tom Hanks - but I haven't heard a peep about that one in a long long time, but David Heyman, one of those HARRY POTTER producers has decided to use his Potter Power to attempt a literary adaptation of not only a great science fiction novel, but a novel that birthed modern libertarianism... I am, of course, talking about THE MOON IS A HARSH MISTRESS. My father handed me THE MOON IS A HARSH MISTRESS at the age of 13, and well... I wouldn't necessarily say it significantly altered my future political affiliations... given I was wearing NO NUKES and QUESTION AUTHORITY t-shirts beginning at the age of 5 and 6 years old, but it most definitely made very familiar with the exclamation - "TANSTAAFL!!!"

Actually, if not for my absolute love for Richard Kelly's original screenplays and my wish that he'd never divurge from that route, I'd love for him to take a shot at adapting THE MOON IS A HARSH MISTRESS - there are themes echoed in BESSIE that bare an affiliation with Heinlein's wonderful novel.

The blurb/logline that's going out to potential screenwriters reads like this:

An unassuming computer repair man living on the moon in the future becomes part of a cadre of revolutionaries plotting cessation from earth - with the aid of MIKE, a super computer that has recently come alive. 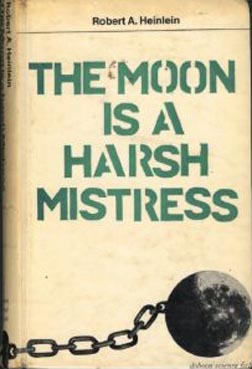 However, as overly simplistic as that might be, Heyman's experience of respecting the literary source material on the HARRY POTTER films... well hopefully it symbolizes an actual love and adherence to the source material. T.M.I.A.H.M. could be a masterpiece if handled correctly and frankly I haven't a clue who I'd like to see direct this. Actually a strange part of me would love to see this book being brought to screen by someone like Bogdanovich or Friedkin or Polanski. Someone that hasn't really tread into this genre, but that very much understands the serious intellectual and symbolism of the book, and that hasn't had a budget and a freedom to truly amaze a modern audience with classic filmic storytelling at a budget they've never had access to in their careers. Of course, the most perfect director politically and thematically is John Carpenter. But unfortunately studios never trust him. sigh... 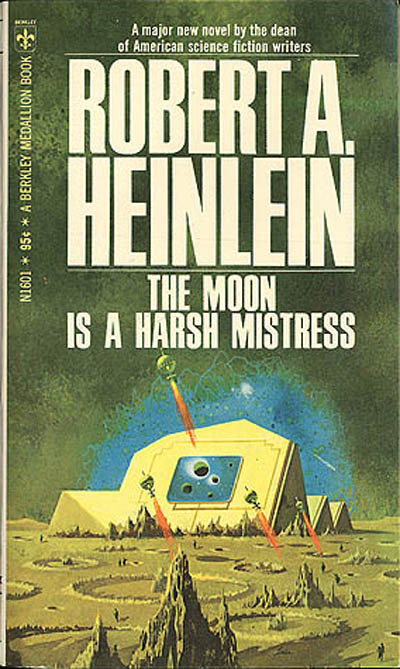