Hey folks, Harry here (like where else would I be) and currently I'm excited as can be, looks like I'll be headed to China in a few weeks and soon I'll be walking upon a really great wall.... This'll be great, I just hope I get to see a kung fu showdown when I'm there... something epic! Meanwhile, I'm very much looking forward to this film... everything I've seen from it looks very good. Check it out...

Its not like we ever get to scoop films here in England, so this is second hand information. I read AICN most days and havn't seen anything about his film so i thought i'd try and plug it a bit! So here goes............

I am a big fan of Hong Kong/Chinese films and try to follow the scene whenever I get a chance. Needless to say 90% of the stuff that gets imported to the US is destroyed by bad dubbing (does Miramax think American's are too stupid to read subtitles) and naf hip-hopped soundtracks. I loved Crouching Tiger because, at least in England, it was left pretty much intact.

Now there is a new Chinese period martial arts blockbuster on the horizon, which I am very excited about. Hero is directed by acclaimed director Zhang Yimou, of The Road Home and Raise the Red Latin and features a cast that reads like a who's who of Hong Kong cinema Ã± Jet Li, Donnie Yen, Maggie Cheung , Zhang Ziyi, Tony Leung etcÃ–

Anyway, this film looks like it could have it all. A solid script and fantastic cinematography courtisy of Zhang Yimou. An excellent soundtract featuring music by Tan Dun, who won an Oscar for his work on Crouching Tiger, and Itzhak Perlman who composed the unforgettable violin solo in Schindler's List. With Jet Li and Donnie Yen on board its unlikely the fight scenes will be anything less than inspired (aka thier battles in Once Upon A Time in China II).

Anyway you can read more about it all at MonkeyPeaches and This Other Place. if you are interested. Just thought it would be cool to hype this flick a bit on AICN and lets hope Miramax don't mess with it too much before it is released in the US!

Keep up the good work, sport!

Harry, is AICN named after the whole John Woo catch phrase thing or is it a coincidence ;-) --- YES 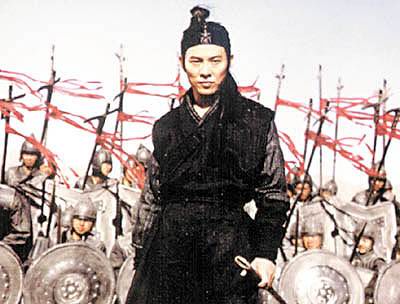 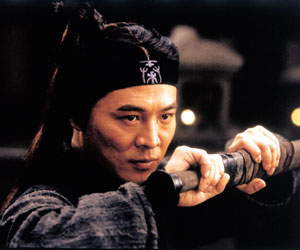 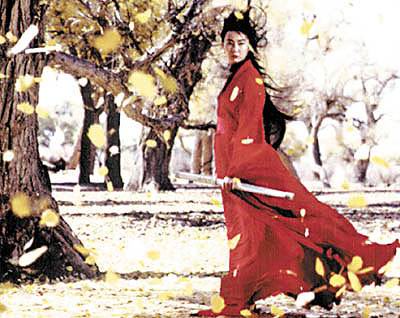