Pics from 5-25-77... Set the way back machine to those thrilling days of yesteryear!

Hey folks, Harry here with pics from a test shoot for Patrick Read Johnson's "5-25-77" which is about the opening day of MARCH OR DIE, a really wonderful film that was buried at the box office by a lil film called STAR WARS. Um... actually, no, this is about STAR WARS... actually it is more about Patrick Read Johnson and what his particularly amazing right place right time life association with STAR WARS was like... and then what happened on 5-25-77. Here ya go... 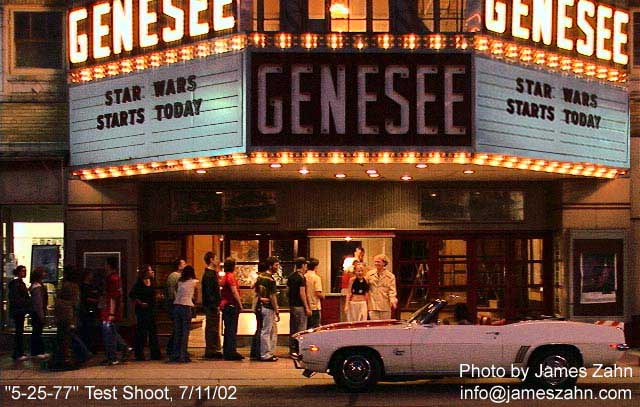 This past Thursday, I had the pleasure of working as an assistant cameraman shooting some early footage for the long talked-about "5-25-77" by writer-director Patrick Read Johnson. The shoot took place on location outside of the Genesee Theater in Waukegan, Illinois. During the shoot I was able to take some still photos on my own, a few of which I've attached to this email. These pics were taken for myself and are not "official" in any way. Enjoy. 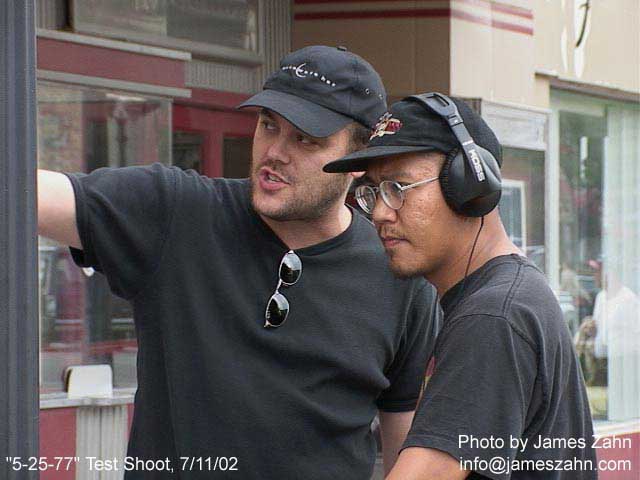 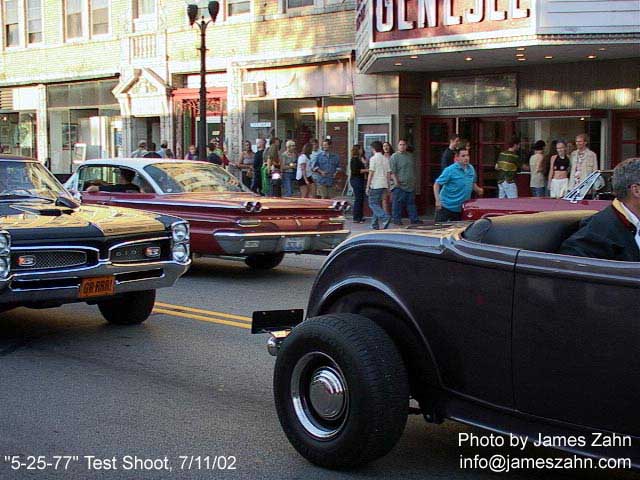 Ok, that one guy in the middle... He became all you pathetic born after Jedi bastards' dad and your mom's that blonde. This was who your parents were before they forgot their roots, shat you out and decided to lose that dream. OR maybe they held onto that dream, hate the new Star Wars movies and secretly loathe you for loving them. Or maybe... Maybe you were raised right and they taught you to hate Ewoks like a good geek should! And while they let you know that Star Trek is in fact inferior to Star Wars, they do hold that STAR TREK II is the exception and does indeed rule all. 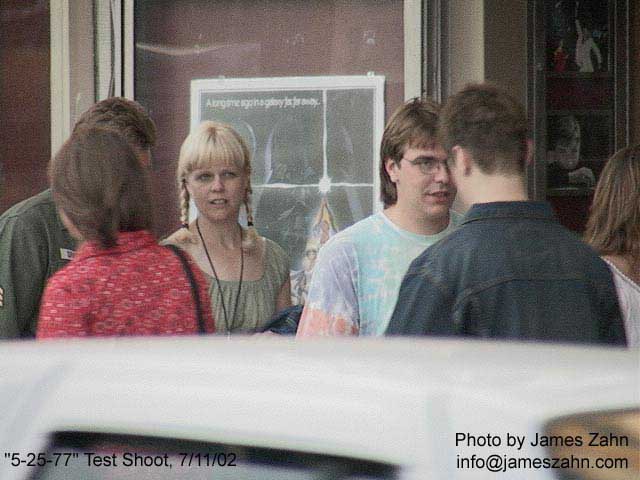